I’ve recently seen two separate blog posts about spoilers in reviews (check out both excellent sites, Liz Loves Books and Between the Lines)  and many other tweets/Facebook comments.  It started up a Twitter conversation of my own with fellow authors and we got to the point of how difficult it is for the author themselves not to spoil when writing a book series. 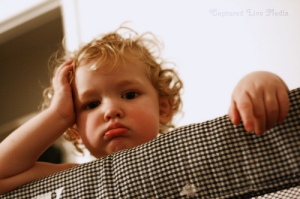 This was a problem I wrestled with for some time when writing the blurbs for The Young Moon and Not of Our Sky, which follow on directly from Sky Song.  While it was difficult enough to write a blurb and talk about The Young Moon in interviews, it was particularly problematic when it came to Not of Our Sky.  In the final book, almost everything that happens is as a direct result of what happens in the final chapter of The Young Moon, and without referring to that, it was pretty much impossible to give any indication of the story.  The other side of this issue is that I want to give some information, and it has to be enough to hint at something that will tempt the reader to come back to books two and three.

I’ve read one or two reviews of the follow-on books to Sky Song, and some give away more than others.  While this makes me a little nervous, I completely understand how difficult it is to comment in any meaningful way without referring to events that might be viewed as spoilers.  It’s a tough call when you have to decide how much information is too much.  I can also see why potential readers would be put off by spoilers.  I can’t tell you how angry I was Christmas 2010 when the Radio Times gave away the series finale of Merlin by printing the teaser before the penultimate episode had aired!

As usual, everything comes back to Merlin!  It’s not like I’m obsessed or anything. But the question remains: When it comes to series sequels, how much is too much?  What are your thoughts?