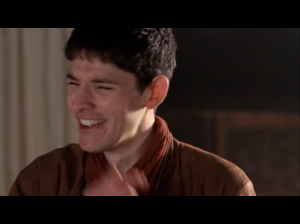 Because yesterday was release day for The Memory Game, and it was an incredible and enjoyable day, one of the best days I’ve had as a writer so far.  I have so many wonderful people to thank for that, people who read the book at the beginning and offered their constructive opinions, people who read it again when I’d rewritten it, people who read it to offer insightful and intelligent reviews when it was finished, people who helped spread the word, people who downloaded it, of course, or people who simply told me they believed in the book. I was going to list you all individually, but the list is enormous and I’m certain I’ll forget somebody vital.  I would hate to do that because you’re all so important and I wouldn’t want you to ever think otherwise. You people know who you are, and how much I love you for being the best and most supportive friends a writer could wish for.  It’s down to you all that yesterday was such a success.  An author can produce the work of the century, but if nobody knows about it, there’s almost no point.  Everyone has their own motives for writing. It’s true that I write because I’m compelled to tell stories, but I also need my stories to be read by others, it’s what drives me. Without the help I have received, not just yesterday, but all along the publishing journey, that couldn’t happen. I can only hope that this is the start of a long and fun journey, and that I’ll have you all alongside, singing with me every step of the way.

After a mental week or so being crazy busy with the release of Runners, I don’t mind admitting that my brain is slightly fried.  Then  I looked at my poor neglected blog and thought that I probably need to post something.  As my brain is ever so slightly less functional than it was last week, I had absolutely no idea what I wanted to say today.  Then I was perusing Pinterest (if I have a job that needs doing, I find avoidance a great tactic) and I came across a photo of the divine James McAvoy reading Narnia with the tagline ‘Hot Guys Reading Books’.   Anyone who knows me knows I needed no further invitation, I was straight in there with possibly the least politically correct post that has hit the net this year.  So here it is.  It’s not big and it’s not clever, the photos are a bit wonky on here, but I didn’t half have a lovely time researching it! Don’t panic, normal service will be resumed at some point this week… 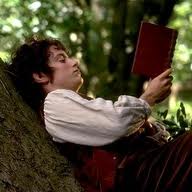 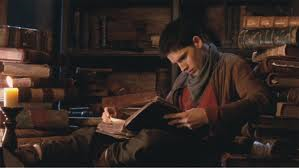 It’s been a while since I did a theatre review, mostly because what I’ve been to see hasn’t really moved me to review it. But, of course, Colin Morgan at The Globe was always going to get a review!

I have actually wanted to go to The Globe for quite a few years now and, for one reason or another, the opportunity never presented itself. So when I heard that they were staging The Tempest (one of my favourite Shakespeare plays) featuring Colin (my favourite actor) it was going to take the arrival of the four horsemen of the apocalypse to stop me from going. And they wouldn’t have found me an easy target either.

Because I am still quite overwhelmed by how much I loved this production, and because the delicious memories are still jumbled up in my brain, each trying to tumble out at once, I have to make a checklist of what pops in first and then cover them in turn:

Firstly, I have to say that the entire cast was amazing. Quite often, I’ll see a play and always pick out one duff performance that bugs me. But with this one, for me, every single person was perfectly cast and gave the most beautiful performance. Neither can I adequately express how perfect The Globe is. I’ve been to RSC at Stratford and, even though I enjoyed my visit immensely, it felt quite elitist, in some ways, more reserved. It felt like somewhere I had to behave in. The Globe feels like I’m sure it would have been in Shakespeare’s day: welcoming, levelling and merry. It feels like a place where friends would have got together to be entertained and to have a laugh. There seems to be more of an ethos of Shakespeare being something for the masses to enjoy, rather than for people with English degrees. The atmosphere was fantastic and if you haven’t been and get the chance, you really must go.

So, what’s next? Oh yeah, tumbling and swinging! Colin, as Ariel, did a lot of that. He cartwheeled across the stage, hung from beneath stairs with one arm like a monkey, climbed up staging and walked on funny stilt things. It was pretty impressive. All that and he still managed to deliver his lines! And that was pretty impressive too. I wasn’t sure what to expect from him for Ariel. As you may know, it’s not the first time I’ve seen him on stage and the last role was very different from this. I’ve seen The Tempest performed before too and, if I’m honest, the last time I don’t recall Ariel being a character that had much of an impact on me. Colin made his Ariel a strange mix of childlike naivety, jester, powerful spirit, nimble nymph, camp flirt and cheeky monkey! There were moments where he was like a little lost boy: the point at which Ariel asks Prospero if he loves him drew a collective sigh from the audience that very likely could have been heard from the Mir space station. And there were moments where Ariel really showed his power, like when he appears as a vengeful harpy to pronounce judgment on Prospero’s enemies. You’ll be happy to learn that the reports of his singing are well founded too – he can actually sing and it’s rather lovely! One moment where he sings and almost breaks down crying – oh, my heart!

I loved the costumes. They were inventive whilst still keeping to the ethos of not being over-produced; I loved the kind of rustic-ness about them. Some of the actors came into the crowds during the performance and I loved seeing the costumes up close for that reason. It reminded me of school play costumes, but in a really good way. It all added to the feeling of a sort of social accessibility around the theatre itself. Eek, someone is going to comment now and tell me they cost millions to produce! The same can be said about the props. The iconic stage was barely dressed at all, so that most of the setting came from your imagination, but what was done was really clever. Caliban first emerges onto the stage from a hole beneath a rock and the shipwreck at the beginning is done by actors carrying a model ship through the crowd as though it was a heaving sea. There was one funny prop malfunction moment where Ariel had to tie a washing line up between two posts. The line was clearly stuck on something and wouldn’t stretch. He tried twice but it wouldn’t budge, so he tripped off the stage very professionally and the washing had to stay in the basket!

This production definitely felt more humorous too than the one I’ve seen before. In fact, there was a lot of laughter and the audience clearly loved the jokes. There was one ongoing one where Trinculo keeps pulling fish from various parts of his jester outfit and they get bigger each time. And then there was a little wedding dance for Ferdinand and Miranda where the spirits joined in and that was just hilarious. There was another dance right at the end of the play where all the characters joined in and that was such a feel-good moment that everyone was just smiling their heads off and even the actors looked as though they were having the time of their lives. Of course, I was just mesmerised by Colin’s little version of the dance – just the cutest thing ever!

I’m just so happy that I got to see this performance but I think I need to go again!

One last bit, though I’m sure I’ve forgotten lots of things. I didn’t do the stage door waiting game. I have done before, but I figure it’s time I left the poor chap alone. And I had my 11 year old daughter with me – no young girl needs to see her mother behave like that…

If you fancy seeing The Tempest for yourself, here’s the link.  Tickets start at £5, so what are you waiting for?