It Friday, YAY! But it’s the final day of Science in Fiction week, boooo!  We’ll just have to do it again some time. Last, but never least it’s the turn of the awesome Mr Croxall ,with his contribution on a subject that absolutely fascinates me.  Take it away, Jack….

‘I don’t know.’ This is the default position of science. If you ask any half-decent physicist how the universe came in to being, they will say ‘I don’t know but here are some theories.’ Likewise, if you ask any biologist what colour a baby archaeopteryx was, they will probably say ‘I don’t know, but I can speculate.’ The lack of absolutes is what makes science great and what makes the scientific process so encompassing and so (mostly) open-minded. By a happy coincidence, it also leaves a lot of mystery and a lot of room for guess work, and this is where our good friend fiction comes in …

Because so much of our scientific understanding is far from complete, authors can take a scientific concept, and flesh it out however they want. In 1963 a physicist named Hugh Everett published a new theorem, The Many Worlds Interpretation of Quantum Mechanics. His radical new idea proposed that, thanks to some incredibly clever calculations and observations, our universe must surely not stand alone. In fact, Everett’s groundbreaking theory proposed that there are actually an infinite array of other universes existing parallel to the one we call home. Whilst the theory was criticised at the time, it has since gone on to gain a huge following with notable scientists likening the significance of Everett’s work to that of Einstein’s.

Fast forward to 1995, when Philip Pullman, inspired by Everett’s work, published the first edition of His Dark Materials. The series takes place across an array of parallel worlds with the central duo being able to cut openings and travel between them. Now, Everett’s theorem says nothing about what any of these parallel worlds are actually like and so Pullman was able to imagine them however he wanted. Daemons, armoured bears, witches; all of Pullman’s sublime characters would not have been able to light up the world of fiction if Everett had not published his ideas thirty years beforehand.

So, at a glance, it’s perhaps easy to think of science and fiction as poles apart but, in my experience, this is far from the reality. In fact, it was Pullman’s work which inspired me to start writing fiction and simultaneously helped fuel my love of science. Are Pullman’s ideas anywhere near the truth? Well, I don’t know. What I do know, however, is that our world is all the better for them.

A YA Victorian fantasy, Jack Croxall’s debut novel, Tethers follows Karl and Esther as they become embroiled in a conspiracy engineered by treacherous Victorian scientists. The book is available through Amazon and you can find out more by visiting: www.jackcroxall.co.uk or the book’s GoodReads page. 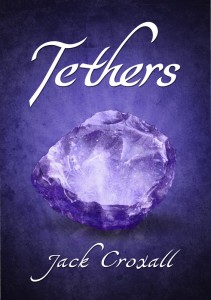