To the non-scientist, science can be scary. It’s a many headed creature, devious and cunning; what is once thought to be fact can be refuted years later, the search for the ultimate truth being full of pitfalls, twists and turns. Scientific experimentation is carried out largely behind closed doors and announcements about new discoveries often seem to be written in a language impossible to understand. Science is mysterious, secretive, and these elements provide excellent material for horror writers. Out of the Gothic genre, so popular in the eighteenth century, came a new breed of horror story: tales of the scientist and his mad schemes. 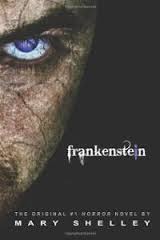 The character of the crazed scientist has become synonymous with Frankenstein, arguably the first story of its kind, written by Mary Shelley in 1818. Victor Frankenstein, a student of medicine in Ingolstadt, becomes obsessed with the idea of creating life. He robs graves for parts, stops eating or speaking to his family and shuts himself up in his laboratory with his unearthly project. At the time of publication, all Europe was buzzing with newly-found static electricity, so wonderful it was rumoured to be the very essence of life. Public demonstrations were carried out by scientists who rigged the corpses of criminals to their electrical machines and made them writhe and dance.

Fast-forwarding to the end of the nineteenth century, another fictitious scientist emerges to become almost as famous as his Swiss predecessor: Doctor Jekyll and his alter-ego Mr Hyde. Victorian London was a dark, gloomy place; it stank and it was covered with a thick fog in which lurked hundreds of criminals. So high was the crime-rate in fact that a new branch of biological science was founded, that of Criminology. Following on from Darwin’s theory of evolution, scientists asked themselves whether criminals were closer to the animal kingdom than other humans and worried that a beast lurked inside all humans waiting to break out. With a chemical concoction, Dr Jekyll can call up his inner beast, Mr Hyde, whenever he wants – but sending him away again proves more difficult.

Scientific discoveries raise hundreds of ethical questions and it is often authors at the forefront of these discussions. Horror stories are exciting but the best ones scare us because they ask the question “What if?” From Doctor Moreau, genetically modifying humans on his secret island, to anatomists paying murderers to supply them daily with fresh corpses, there is a story for every uneasy thought we have ever had about science.

Eleanor Reynolds has a Masters in Science Communication and a particular interest in Science and the horror story. She is currently writing her first novel, tutoring Science and making clothes in her spare time. You can follow her on her personal blog http://dresstoexpress.wordpress.com/ and on Twitter