Last week I took part in a huge Twitter Q&A where people could tweet Feed My Reads with the hastag #SSQuestions and ask me anything (within reason) they liked.  We got some fantastic questions, which were posted up on Twitter by Feed My Reads, but for the people who didn’t see them, and because some of them were just so imaginative that I absolutely loved answering them, I thought I’d post them here.

Q. which song inspired you while writing your last novel?

A. I tend not to listen to music at all when I write.   Sometimes a song I hear will remind me of a book after I’ve finished it. Sorry, that’s really boring!

A. Like most writers, I’ll tell you that my favourite book is the one I’m working on/just finished.  Right now I’m editing The Memory Game and loving it. It’s much darker than anything I’ve done before. As for characters, it’s a toss up between Jacob from Sky Song and Elijah from Runners, as Runners was the first book I ever wrote but Sky Song was the first I published.  I do have another character in a half finished book called Storm Child, Isaac, who is shaping up to be a cheeky lad and I think he might bag that top spot when it’s done.

Q.  Which of your books would you most like to see made into a movie?

A. How can I answer that????? All of them please! Actually, I think, visually, Runners would make a great movie but you could get three out of the Sky Song trilogy so they would be value for money!  The Memory Game would be cool too, it’s a grittier story than the others and would suit something a bit more indie looking, like Submarine or The Perks of Being a Wallflower. 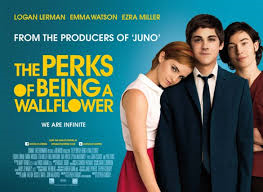 Q. What is your favourite movie adaptation of a book?

A.  The Princess Bride. It’s an oldie, but I never stop loving it.

Q. Which one character from your books would you take to a desert island?

A. Jacob from Sky Song for sure, he’d be able to do loads of stuff to make me comfy using his powers.  But if I couldn’t have powers and we were basing it on company alone, it would be Luca from Sky Song, or maybe Francois from Runners, either of them would be fun to have around.

Q.  Any books you wish you had written?

A. There are no books I wish I had written, but lots of ideas I wish I had had.  Like the idea behind the Percy Jackson books.  A boy who is half Greek god, that’s just genius.

A. I think it might be Luca from Sky Song, which is probably a really bad thing to admit as he’s a terrible flirt and an absolute clown!

Q. If you could jump inside a book and live in it, which book would you choose?

A. It would have to be the Harry Potter books, who wouldn’t want to hang out at Hogwarts?  Although, I quite like the idea of living in Narnia too.

Q. If you had to marry a Disney character, who would you choose and why?

A.  Captain Jack Sparrow. Not sure how long it would last though!

Q. A nuclear war is starting and you can only save two characters from Runners. Who do you save?

A.  I can’t choose between my babies! Not from an emotional viewpoint anyway, but purely on evolutionary terms, Xavier and Rosa, because they’d be the strongest two, physically and mentally, to repopulate the planet!

Q.  If you could have another character from another book make a cameo in yours, who would it be?

A.  Peeta from The Hunger Games would be quite handy in Runners, he’d be able to make them all dinner!

Q. Five authors you would have at a dinner party (alive or dead)?

A. I want to say all the authors I know from Twitter but I suspect that’s not what Victoria means! In which case I’m going to say John Connolly, Neil Gaiman, H G Wells, Charles Dickens and Jane Austen.  Ask me another day and I’ll have a different five!

Q. Which of your characters do you fancy the most?

A. I recently finished an NA book that is currently out to agent and I really fancy Dante, the guy from that book. I deliberately made him fanciable, complete with Irish accent and everything, after all, if you can’t imagine your own perfect man, who can? 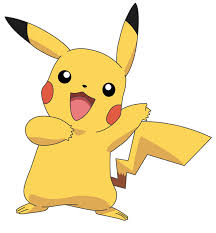 Q. Which is your favourite Pokemon and why?

A. I’m so boring, I know, but it’s Pikachu. He’s just too adorable!

Q. Which of your characters do you hate the most?

A. It has to be Maxwell Braithwaite from Runners. He’s just nasty through and through and with no other motive than greed.

Q. How about if you could only save one character from all your books?

A. This is just evil! If I really had to choose one, I would have to choose the character I think could do the most good if they were allowed to live. I think that would be Jacob from Sky Song.

Q. If you were queen for a day and could make a bank holiday where people had to do one thing, what would it be?

Q. Where is your favourite place in the whole world?

A. There’s a little stretch of beach on the Dorset coast (south of England for our friends not in Britain) between Bournemouth and Boscombe, and it’s right there.

Q. If you had to pick a character from one of your books to come and live with you, who would it be?

A. It would definitely be Peter Karlsson from The Jackie Chan Fan Club. He’d be super polite and helpful and very interesting and basically a dream house guest.

Q. If you had to eat 100 marshmallows to save Jacob (Sky Song) from dying, would you do it?

A. Ha ha, everyone knows my Achilles heel, I detest marshmallows! Of course, I would have to, though, or I’d have Ellen to answer to!

Q. You either have to kill Colin Morgan or all of the characters from Runners. Who dies – you decide!

A. You people are horrible!  Kill Colin Morgan?  I couldn’t kill Merlin! Kill all the characters from Runners? Noooooooo!  I don’t know, can I have another question?

Q. Who would win in a fight, Jacob (pre powers), Elijah or you?

A. Ha ha, if I was logical about this then I would say me, as I could simply write them into oblivion! Apart from that, I’m a proper nelly and so is Jacob so it has to be Elijah, who is actually small but pretty handy with his fists, as Xavier would attest to.

Q. Who did you prefer to write – Jacob or Elijah?

A. That’s tough but I have to go with Jacob, if only for the fact that I’ve been writing him for a lot longer and he’s sort of grown up from my pen. There are some scenes in the later books that were an absolute joy to write, especially the epilogue of the final one.  I’m looking forward to writing Elijah again though for the Runners sequel.

Q. Apart from Elijah, which character did you most enjoy writing in Runners?

A. Actually, it’s a double act! I loved the banter and sibling rivalry between Xavier and Francois and really enjoyed writing that.

Q. Who is your favourite baddie/villain in fiction?

A. That’s a tough question. I think Mrs Coulter from Pullman’s His Dark Materials is a brilliant baddie, she’s so complex, but there are absolutely tons that I could put on equal footing with her, especially from classic fiction, if I really thought about it for any length of time.

Q. As a fellow English grad, do you ever feel that studies kill off the desire to write?

A.  Actually, I found that my desire to write increased as my confidence in my ability to write did.  I wrote my first few novels as an undergraduate and have never really stopped writing since, apart from a couple of years where I was so busy working as a fiction editor that I didn’t have time. What studies did do was change the way I read, and sometimes I’m not sure it was for the better. I’m certainly less satisfied with books that I would have once read and enjoyed than I was before I did my English degree, and that seems like a shame in many ways. It’s easy to see how people can become book snobs; although I do try to look at every book I read with a detachment from what I know about ‘literature’, sometimes it’s hard not to judge on that basis. I get quite annoyed that I often find myself mentally editing some books as I read them too!  Usually, there’s nothing wrong with them either!  And literary fiction is not what I write, nor is it what I want to write, so it’s strange that I now often think about fiction in that way.