Today it’s the turn of crime writer, Rebecca Bradley.  Her debut novel, Shallow Waters, is currently at the editing stage and I, for one, am excited to see its release sometime very soon.  Here’s what she had to say about science in fiction:

We live in a connected world. If you’re reading this, you are one of those people who engage fairly well with technology and social media.

Many years ago – of which the amount I won’t go into – when I was a child and young adult, the mobile phone wasn’t in existence and when it did emerge, it was as large as a house brick with an even larger battery that you had to carry around with it. How far we have come.

Today you can’t walk down the street, go on the bus or the train, even walk in a shop or a restaurant without seeing people connecting with others by means of the phone in their hands. You see, not only have we surpassed the poor brick like phone where you could do nothing more than make a call, many of us now carry a small computer in our pockets. So when you see people hunched over their phones, it’s probably not even a text message they’re sending, they are more than likely connecting a lot wider than a one to one conversation, it’s probable that they’re talking on their social media sites.

I love science. It fascinates me. Every aspect of it. It is science, therefore it has answers, but for me it just seems magical. The power of knowledge and what we can do with it. Lives we can save, – as well as those we can take, I’m not going to pretend it’s all for the good – steps forward in every area imaginable. It has many answers, but it also has many more questions. (And this is also something I love. We should never stop asking questions.)

Because of science we can now carry a thousand books in a few millimetre thick hand-held device, we care share our love of books with people we would never otherwise have met, we can have discussions like this simply by sitting in our own homes and turning a device on. With the evolution of video conferencing scientists around the world no longer have to travel thousands of miles just to talk to each other. The social and the science truly has come a long way since the time of the house brick phone and battery.

But for me, the ultimate in the social and the science blending together was the recent space station mission led by Canadian astronaut Commander Chris Hadfield. While on the International Space Station, Commander Hadfield not only live tweeted amazing photographs taken from aboard the space station, but he created some fantastic video’s and uploaded them to YouTube, including a video of him being interviewed by a classroom of school children. Can you imagine being one of those children and engaging this way for a science lesson?!

Rebecca works at a full time day job and is a mum, who uses her spare time to commit murder, while drinking copious amounts of tea. Without each of these things, the other could not possibly exist. The world does not spin without first having a cup of tea in a morning, never mind the complexities of rising, working and writing.

She is represented by Kate Nash of the Kate Nash Literary Agency and working on the revisions of her first crime novel, which has a working title of Shallow Waters and is set in Nottingham. The lead protagonist is a female DI. You will find a page on the blog Here, with photographs taken in and around Nottingham where the crime fiction novel series is to be set. 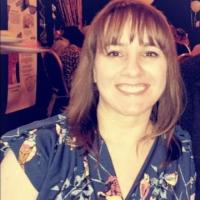