I’m thriled that Stephanie Keyes can join me today on the blog to talk about what first got her reading and writing YA.   She must have the prettiest website in publishing right now and she’s kindly agreed to sprinkle some of her magic over mine! So, Stephanie, take it away… 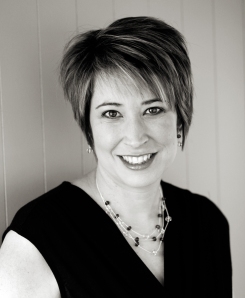 Hello everyone and a big thank you to Sharon for having me as a guest today! One of the questions Sharon asked me was how I got into writing in the YA genre.

Growing up, read a ton of YA books growing up, like, prepare to cringe “Sweet Valley High” (I know I just totally dated myself). Those didn’t really do it for me either. I think the turnoff came in the form of romance and high school politics being the only focus of the book. Being a teenager myself at the time, I wanted an escape from the real world, not a reminder of it.

I’d already read some fantasy books growing up, like TH White’s “The Once and Future King”. Though I truly enjoyed them, I had a hard time latching onto high fantasy.

Then I left both behind and spent years reading Women’s Fiction, Chick Lit, Popular fiction, Romance. Most of what I read ended up being from the Mass Market Paperback section.

Then I got pulled back into YA and Fantasy simultaneously. It was the combining of the two that changed what I read and opened up an entirely new genre of this YA/Fantasy/Paranormal realm. That happened for me with The Harry Potter series. Although I don’t know if much of JK Rowling’s famed series could be termed YA, it was introduced to me at the right time. I loved the idea of magic simply being introduced into our daily lives when we least expected it. For me, the series provided a new breed of palatable fantasy for those of us that couldn’t quite get into Tolkien.

The Harry Potter series was following by OR Melling’s “The Chronicles of Faerie”. Why do all Fantasy writers use initials, btw? These books were marvelous and pulled a great deal of Irish culture and history into the story, which I identified with, having a similar heritage.

By the time books like The Twilight Series by Stephenie Meyer… ah, there’s a full first name…came along, I started to think…Mmmh. I can write one of those. Writing wasn’t a new past time of mine – I’d wanted to be a journalist when I was younger. When I sat down with intentions to write “The Star Child” in 2008, I had no idea what it would become. When I finished the novel nine months later, no one was more surprised than I!

Stephanie Keyes has been addicted to Fantasy since she discovered T.H. White as a child and started drumming up incredible journeys in her head. Today, she’s still doing the same thing, except now she gets to share those ideas with readers!

When she’s not writing, Stephanie is also a graphic designer, international speaker, teacher, musician, avid reader, and Mom to two little boys who constantly keep her on her toes. In addition, she’s best friend to her incredible husband of eleven years.

Mrs. Keyes holds an undergraduate degree in Business and Management Information Systems from Robert Morris University and a M.Ed. from Duquesne University. She is a member of the Society For Children’s Book Writers and Illustrators (SCBWI), as well as a featured author in the global group of writers, Love a Happy Ending.com.

Keyes is the author of the YA Fantasy series, The Star Child, which currently includes The Star Child (September 2012) and The Fallen Stars (April 12, 2013), both released by Inkspell Publishing. She is currently editing the third book in the trilogy, The Star Catcher. 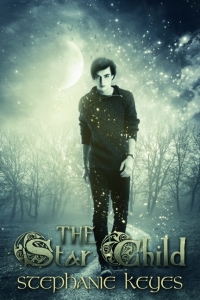 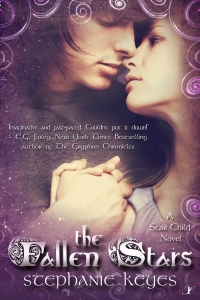